As birthday cakes are originated from ancient Greek. There is a ritual in which candles were ignited to celebrate Artemis, Goddess of the Hunt. So, we assume that the tradition started from there only. We are not sure when we started to use candles on birthdays as a tradition in the recent years.

In 18th century, people from Germany use candles to celebrate the birthday of their kids. German children were taken to a large room. They were encouraged to celebrate another year. Germans believed that adults protect their children from the evil spirits.

The tradition of blowing candle was recorded in Switzerland in 1881. They believed that the number of candle will increase every year according to the age. These candles were blown out by the person who is celebrating the birthday.

During 19th century, with the boom of industrialization and tradition, common people also started to use cakes. Then this birthday tradition spreads to North America. It has become household ritual to celebrate birthday by baking of the cakes. The people used to light the candles, sing out the birthday song and blowing out the candles. Celebrate the birthday of your loved ones and friends we do the instant cake delivery.

Who wrote the birthday song?

What are birthday superstitions?

In England, inside the birthday cakes many things were stuffed. The cake was cut and distributed. The person who got the thing was supposed to have same future that relates that object. If you get a coin in cake, then it means that wealth is waiting for you. If got a thimble, he will never get married.

There was one very unique superstition in US that if you blow all your candles in a blow, then you will married within a year.

An Italian superstition associated with birthday is pulling the ear lobes that means a tug for a year. Big ear lobe symbolizes long life span. So, every family member use to give you a tug on the ear.

Scan and Pay by PayTm

Use offline payment in check out, get the order id and pay by scanning this code. 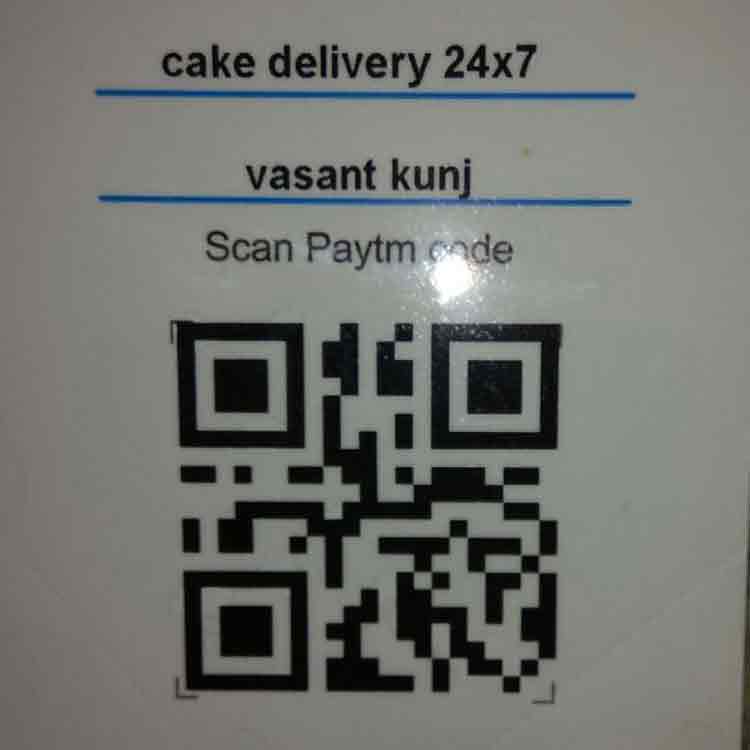